**The following is a Special Guest Blog Post (#WeStandUp):

“The abuse that happened is not the only part of the person…that certainly shapes who they are, but doesn’t define who they are” as said by Josie Torielli, a licensed clinical social worker from the New York City Alliance Against Sexual Assault, in a podcast episode for Social Work License Map’s #WeStandUp: Social Workers for Survivors of Sexual Assault campaign. In the podcast, Annie, a childhood sexual assault survivor, shares her story with Josie and tells the process she took to find the support she needed for recovery.

Annie’s story shows the importance for survivors to “reclaim” the narrative as it helps absolve the guilt that too often plagues them, dispelling the stigma of victimization. Reclaiming the narrative is a useful step for survivors to take, but it isn’t always an easy one. The trauma of sexual assault may lay dormant for years, emerging only to expose survivors to skepticism and even scorn from the people around them. This atmosphere further silences victims and makes it all the more important that both social workers provide survivors with the safety and confidence necessary for them to take the first step: the act of disclosure.

Social workers provide a unique and valuable impact on the healing and empowerment of survivors of sexual assault as they help them move forward in their lives. It is imperative that they not only offer their clients the resources and services that they should receive, but also nurture what may be a very fragile hope of recovery.

Nearly one in five women and one in 71 men are victims of rape and sexual assault. The road to recovery from sexual assault can be long, if not lifelong. The circumstances of sexual violence and the current atmosphere surrounding it, from laws to stigma, can make the victim’s plight a particularly grueling one. It begins with sharing, but from there can take any number of routes, from reassessing relationships to pursuing criminal charges to establishing support networks.

As Annie’s story makes clear, the role of a sexual assault social worker can be akin to a lifeboat set on the dark sea. The communication, support, and understanding that social workers are so adept to providing are precisely the services that victims of sexual violence need and cannot find elsewhere. But whether for reasons of shame or fear or unawareness, the drowning don’t always reach the lifeboat. Sexual Assault Awareness is about changing that and about buoying the survivors of sexual violence until they can sail again.

Listen to the #WeStandUp Podcast Now!

For sexual assault social workers looking to learn more about resources and services that may be of help to their clients: we recommend the following organizations: 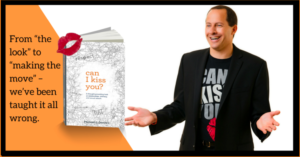 Mike Domitrz’s new “Can I Kiss You?” Book is an outstanding resource for those working with survivors, students, educators, and parents.