ESPN’s “Outside the Lines” did a feature story on Sasha Menu Courey, a member of the University of Missouri swim team who committed suicide in 2011. According to ESPN’s story, Courey told at least one professional in the athletic department about a sexual assault that occurred in 2010. The accused perpetrators included at least one player from the university football team. Local authorities are saying they were never made aware of the case until this past week – following ESPN’s “Outside the Lines” segment.

BREAKING NEWS UPDATE:
The University of Missouri President has now called for an investigation. Here at The DATE SAFE Project, we support this announcement. Here is a full article on the President’s decision:
http://news.yahoo.com/university-missouri-president-wants-probe-rape-claim-response-000012059.html

Earlier this week, I published a blog post (click here to read) discussing campuses responsibility to bring full JUSTICE to every survivor on campus, especially supporting the survivor with justice being brought forward through the criminal justice system. The University of Missouri athletic program appears to have FAILED to do so. 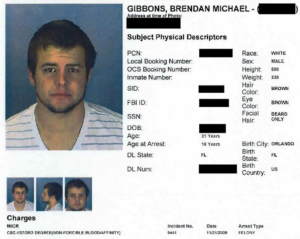 This week, the University of Michigan announced Brendan Gibbons, the kicker for the University of Michigan Football Team, has been expelled from school for reportedly violating sexual misconduct policies. The concern in this case is appears to be a 4 year lag time from when the sexual assault was reported (November 22, 2009) to the time the university actually expelled the athlete (December 19, 2013). **See update below.

POLICY UPDATE:
Effective this past August, the University of Michigan appears to have changed a policy relating to which cases they could take on. The change in the policy appears to have enabled the school to now purse the Brendan Gibbons case. The previous policy said the school did not pursue cases without a survivor coming forward. The new policy says the school can act on a case they are made aware of – whether the survivor is comfortable coming forward or not.

This change in policy may explain the campus’s judicial board reason for justice taking so long. However, the athletic program, especially the coaches who choose what players play in a game, could have taken action without a verdict from the judicial board. If you know of one of your athletes did something horrible, you can discipline that player without a jury or a judicial board’s finding.

Online websites were reporting on this story in graphic detail for over 6 months ago – including sharing the Police Report on the case from 2009. Back in 2009, the Detroit news media reported the arrest of a freshman football player in connection with a rape investigation. Plus, a teammate at the University of Michigan was reported as THREATENING the survivor – trying to intimidate her to stop talking.

Sam Silverstein, Author of “No More Excuses” and one of the leading authorities on accountability, shares the following insight, “Maybe the real issue is how we value a certain group of people over other people.  Accountability is about valuing all people equally and treating all people equally.  The university should be treating all alleged sexual assault cases the same.  If this incident was handled by the athletic department rather then by the university authorities, as any other student’s situation would have been, then there is a lack of accountability to the student body, the alleged victim, and the community as a whole.”

What about “Innocent until proven guilty?” Many people will point out that since none of the players were prosecuted you really can’t hold them accountable. Coaches may be restricted by rules that say they can’t kick a player off the team without the player being found guilty or athletic departments may fear lawsuits for doing so. However, the coach ALWAYS has the right to NOT PLAY a player. In that case, the player would still have the scholarship and be getting a college education. At least by NOT playing the player, the player would face a stronger consequence for his behavior. If the player wants to play, the player could transfer to another university. Why didn’t the University of Missouri and the University of Michigan football teams just choose NOT to play the accused players?

Plus, was an investigation done to see if the teammate at the University of Michigan did threaten the survivor? If found to be true, was that teammate disciplined with strong consequences – at least removed from playing in games?

Remember when the NFL suspended Ben Roethlisberger even AFTER charges were dropped in a sexual assault case? Why? Because the evidence was too strong to NOT take action.

As a coach in an academic setting, your #1 job is to teach your athletes about LIFE – through the sport they are participating in. As a former coach, I and my fellow coaches can look back on tough choices we had to make – choices that were focused teaching life lessons over winning in the field of competition. Brady Hoke, the coach at the University of Michigan, has stressed this exact point since arriving at the University of Michigan.