The Coleman Family, A Survivor, and Maryville, MO 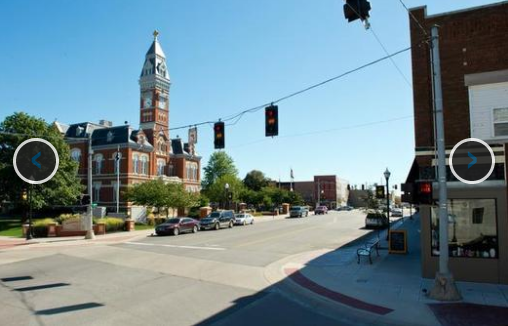 Too often we see cases where survivors come forward and the community fails to support the survivor. One such case involves Melinda Coleman’s Family in Maryville, MO (read full story here).

Sadly, people online are looking deeply into what the survivor did instead of what the perpetrator’s actions and decisions were.

You’ll see some online refer to the fact the survivor must have wanted “it” on some level to go over to the boy’s house. You see the same people arguing that if you wanted “something,” you should expect to give up “everything.” You’ll read statements like, “What did you expect was going to happen when you went to that person’s house at that time of night?”

RESPONSE: If you believe that line of thinking, you MUST believe the perpetrator is a rapist. Why else would you imply that the survivor should have known what was going to happen with the Senior? In such thinking, you believed the Senior was going to have sex with the 14 year-old as soon as she showed up – regardless of what she wanted AND regardless of the fact the 14 year old cannot give consent in any situation (sober or drunk).

Too many online discussions point to the fact the survivor was underage drinking as a reason she is not a survivor – as if to imply “If you underage drink, you must want to have sex too.”

Based on consent laws alone, a sexual assault must have occurred if any sexual activity took place in this case.

Especially with multiple reports that video footage exists, the prosecutors need to step up and take on this case. JUSTICE is what our justice system is suppose to be focused on. Yes, sometimes that means taking on cases that can be considered difficult. As a prosecutor, you are going to have to help the jury focus on how the survivor was vulnerable and the perpetrator engaged in sexual acts without her consent. You need to explain why the perpetrator must be held accountable (and thus bring the survivor justice).

The COMMUNITY
To make matters worse, the family has reported experiencing extensive harassment. Unfortunately, such a horrific community response is not uncommon. Do you remember what happened in Steubenville, OH? Similarly in that case, people were threatening the survivor and people close to the survivor. Keep in mind that it may only be 1% of a community who acts in such a tragic manner. However if the other 99% don’t step up and show support, you (the survivor and the family) only see and hear the 1%.

You can show support for the survivor in this case by attending a special protest in Maryville, MO posted on FaceBook (click here).

On a personal level, Maryville is a town I am honored to get to speak in every year – I present to all the incoming students at Northwest Missouri State University. Those incoming students (right out of high school) overwhelmingly state they KNOW in high school that a person who is drunk CANNOT give consent to sexual activity. The students on campus share how “taking advantage” of someone is wrong and how such an act is actual sexual assault (most students use the term “rape”).

Hopefully, the locally community can turn to the university’s educational resources and professionals to help provide an education on sexual assault and respecting of boundaries.