Focus on Your Sons – Not Their Female Friends 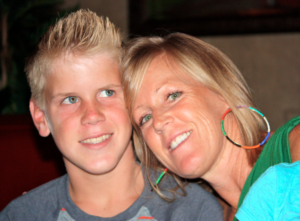 Recently, a friend of mine on FaceBook posted the blog post titled “FYI (if you’re a teenage girl)” which can be read in its entirety by clicking here. The writer of the blog post is Kimberly Hall, Director of Women’s Ministry at All Saints PCA in Austin, TX. This friend of mine who shared the blog post stated how wonderful the letter was for females and so I was quick to read it.

After reading the blog, I posted a link to it on FaceBook with the question, “Does anyone else find this Letter a Mom wrote to the female friends of her sons misguided?”

The basic concept of the original blog post was Kimberly Hall, a Mom, saying that girls who are friends of her sons on Facebook should be careful of what you are wearing when you post pictures of yourself online because your clothing and your poses may tempt her sons into unsavory thoughts (and represent yourself in a poor manner). Thus, Kimberly Hall was going to ban all such girls from all of her son’s social media unless every single picture she did not approve us was removed.

One of the most concerning aspects of this blog was how many people were THRILLED with the blog post and were sharing it online to help send the message out to the rest of the world – happy to see a Mom telling other parents’ daughters how they should dress and present themselves toward males. So please know my blog is directed at both the Mom who wrote the blog AND to everyone spreading it throughout the Internet with positive endorsements.

Instead of telling females not to tempt your sons with their appearance, how about teaching your sons to respect all women – regardless of how they are clothed or not clothed?

As a Father of 4 young men and the brother of a sexual assault survivor, her blog post is troubling on many levels. The writer implies the way a woman dresses is the cause for how boys will treat them (and how she will treat them). One sentence from the blog is:

“Did you know that once a male sees you in a state of undress, he can’t ever un-see it? You don’t want the Hall boys to only think of you in this sexual way, do you?”

That is a very unhealthy and dangerous message for all genders. According to that belief, once a male sees a female partner naked, he will look at her as a sexual object from then on. Or is Kimberly Hall speaking specifically of her sons only being capable of seeing women as sexual objects unless a female is dressed to her standards? We certainly hope Kimberly doesn’t mean to speak so lowly of her own sons.

Assuming she doesn’t have such low standards for her sons, she LIED!! Many men can see a woman naked and go on to have the greatest respect for that female as a human being AND as a female. For example, my wife is someone who I am deeply attracted to and who I have seen in a sexual manner (duh!!). Does that mean I can now ONLY see her in a sexual way? Of course not. She is an amazing, wonderful human being. It is RIDICULOUS for someone to imply I can’t see all of the wonderful aspects of my wife’s personality, intellect, humanity, and gifts once I’ve seen her in a sexual manual.

If the Mom who wrote this blog post (and all those who are endorsing it) has the goal of teaching her boys the right morality and views, then focus on teaching your boys HOW TO RESPOND to imagery they find sexually appealing instead of telling their female friends not to dress in a certain manner or to post certain poses.

Yes, I understand Kimberly Hall’s efforts were based on teaching her sons a strong sense of morality. Do I think doing so is easy? No. I am far from a perfect parent and am constantly learning from my mistakes. Each of us is doing our best in a culture that is full of unhealthy messages – which is even more reason we parents need to be aware of the messages we are sending our sons and daughters. We certainly do not want to be spreading blog posts that could harm our youth. How could the blog post from this Mom do harm?

As a brother of a survivor and as someone who meets survivors throughout the world speaking, it pains me to know how many survivors blame themselves for rape because of what they wore and/or how the rapist perceived their actions. Our society’s history of victim blaming that leads to such pain for survivors is shameful. We certainly don’t need a letter directed at females that endorses putting such guilt and blame on more females.

If we don’t stand up to such dangerous beliefs, more boys will believe they can degrade women based on their appearance and clothing. If you work in schools, you may have already heard the unfortunate statements like, “She’ll get my respect when she dresses like a lady. Until then, she is a slut and deserves to be treated like one.” Where do those horrible beliefs get started? With people teaching youth that how you dress defines you as a person.

To the Mom who wrote this letter and to all those who support the letter: If you truly care about the females you were writing to, put the responsibility of how your boys treat people on your BOYS! Teach your boys that every human being is to be respected and honored – regardless of how they are dressed or present themselves to you.

In the original blog post, this Mom included pictures of her sons on the beach without a shirt on flexing their muscles and later removed those pictures after people pointed out the hypocrisy of her telling females to cover up while her sons were having fun showing off their bodies. Let me be clear that I do NOT think there is anything wrong with the pictures of her sons on the beach. Her posting the pictures is hypocrisy because she is stating in the original blog that the girls should not show their bodies to boys because it will entice boys. She originally defended the pictures of her sons by saying that boys having fun flexing their muscles is not sexual in nature. Even many people who liked her blog post pointed out the double-standard of such thinking.

She has since replaced those images of her children with images of her boys being completely covered up. Instead of changing the images on her blog, imagine how powerful it would have been if she had written, “When everyone pointed out how they could see such innocent pictures of my sons as potentially being enticing to girls, I realized how I would never want that to happen. Thus, I have come to understand the problem with my original blog judging females by how they are dressed or how they pose for pictures. Thus, I revoke my original blog post and make the following request instead: regardless of how someone is dressed, please look to their heart, their soul, and to who they are as a human being.“