I Took Back My Life 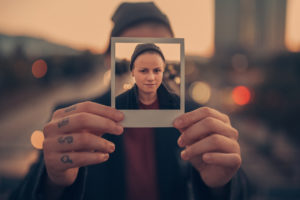 “This is my 2nd time attending college. I first went when I was 19 and took a male filled course. My best friend in the course raped me one night while driving home. I’d love a chance to talk about my story.”

Taylor is a student who recently saw Mike present the “Can I Kiss You?” program at her University.  She decided to share her courageous story with The DATE SAFE Project and with you, our community. Thank you Taylor for your courage and your words of wisdom! You are #Survivor Strong.

Please know that this story could be a trigger for some. We applaud Kendra and all survivors for being #SurvivorStrong.

This is Taylor’s story, written in her own words:

Growing up, whenever I thought of sexual assault, I had this imagine in my head of a party. Of a girl who drank too much or did drugs and gets assaulted by some stranger who was equally drunk or on drugs. I never thought it could happen by someone you knew. Someone you trusted, your best friend.

When I was 19 years old I decided to go away to school for firefighting. I was so excited for the next chapter of my life; it had been my dream for so long. It was my first time living away from home and it was hard at times. I had struggled with depression and anxiety since I was a little kid but it was getting better as school went on and I made more friends. I was, for the most part, happy and enjoying school. It was a struggle but I had some great friends and I felt like my dreams were going to finally come true. I quickly became close friends with a couple of the guys in my program and before long; we were spending almost every weekend together. Going to the bars or just hanging out. They quickly became my best friends. The ones I would go to when I was struggling, the ones who knew about everything going on in my life.

There was one friend in particular who I was extremely close with. I had always kind of known that he had feelings for me but I never returned them and thought that I had made it clear that I was not interested. One Monday evening in June, after completing a project with said friend, while on the way back to my residence he pulled over to the side of the road. He then kissed me. He was my friend and I was okay with the kissing and fooling around part, it’s when it became clear that he wanted to have sex that I began to pull away. I stated that I needed to get home, as my roommates would worry, that my mom would be worried because I didn’t answer my phone when she called because he had thrown my phone into the back seat. I told him I did not want to.  But he did not listen and took what he wanted from me as I went numb and looked out the windows as tears fell from my eyes.

Once he had finished, he allowed me to put my clothes back on and he drove me home. All the while holding my hand as I stared out the window and cried. Once we arrived back at my residence he tried to kiss me goodbye. Like it was the most natural thing in the world, like we had just gotten home from a wonderful date night. Luckily, one of my classmates was standing outside and he didn’t want him to see so he let me get out of the car.

I got into my residence and ran up to my room where I collapsed on the couch and sobbed to my roommate. I knew something bad had happen but the word “Rape” never entered my mind. Like I said, I thought it only happened at a party, with a stranger, when alcohol or drugs were involved. There was none of that that night. He was my best friend who was just driving me home. It wasn’t until my roommates decided to take me to the hospital that I finally understood what had just happened to me. I was raped. Even now that word haunts me, I avoid it as much as possible. When I do talk about it I say that I was sexually assaulted. Rape is such a harsh and cruel word and makes me feel like a victim, someone broken. But when I arrived at the hospital that night, a little while after the assault, I finally said it out loud. “I was raped.”

The next few hours and days are all a bit of a blur. I spent the majority of the night in the hospital as they examined me and gave me medication; such as something to prevent pregnancy and AIDS. Medications I never thought I would have to take. After what felt like hours, and after I had sobbed until I could no longer think, I was finally able to go home.

I decided to press charges against my rapist but unfortunately the police did not feel as though there was enough evidence. He was allowed to stay in my program and was simply advised to “stay away from me”. My safety or wellbeing were not a concern for my teachers or my school. The police would not charge him as a rapist so he must not have done it.

So for everyone else, life went on. They all completed their last semester of school while I struggled to get out of bed to attend classes. On the rare occasion I did attend, I was welcomed by judgemental stares and unkind words. He had told his side of the story and our classmates decided that his was the truth.

I lost a lot that night. I lost my sense of feeling safe, of knowing that I could trust someone, of feeling strong and valued. I lost friends and a lot of respect. Two things I am still trying to get back 5 years later.

I never did graduate. By the time my final exams came around, I was in such a dark place that I just didn’t care anymore. I wanted it all to stop, I wanted to go to sleep and never wake up again. I wanted the pain and anger to go away.

It has been 5 years since that night. And I am proud to say that I have returned to school and will be completing my Pre-Service firefighting certification. I am a very different person compared to who I was that night on the side of the road, where my best friend decided to rape me. The innocent girl, who once believed that people were for the most part good, died that night on the side of the road. I have become someone who is more cautious and nervous around crowds, or when I find a man staring at me. Someone who has panic attacks and who struggles with PTSD. I am now someone who struggles on a daily basis just to keep my head above water. But I am also a survivor; I am someone who took her life back after feeling like it was over. I am someone who took her power and her dreams back.

**The image at the top of this article is not of the survivor who shared this story.

If you have any questions about our programs at The DATE SAFE Project or speaking engagements please contact Rita at 800-329-9390 or you can email her at Rita@datesafeproject.org