STOP Focusing on Telling Women How to Be Safe 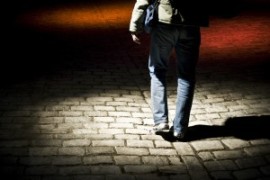 For years, society has been teaching women how to be safe. Women have been taught they need to dress appropriately and not to be a tease. Women have been taught to never walk home alone at night, to always look over their shoulders, and to never answer the door if they don’t know who it is. We teach women to constantly be in fear for their safety.

Most men do not have these lessons continually repeated to them as they grow up. Women do.

We send young women home from school for wearing spaghetti strap tank tops and skirts that show skin above the knee. Somehow shoulders have now been sexualized for young women. We are teaching young women that if they dress a certain way it is distracting and “bad things can happen,” such as sexual assault. Regardless of how you dress and/or act, bad things can happen.

What harm are you doing by saying, “To be safe, watch how you act and/or dress as a woman”? The “as a woman” focuses on the woman’s actions instead of the person you are implying is going to do something awful to that woman – the criminal. Through all these lessons (some more subtle than others), society is and has been teaching young women they are the ones that cause bad things to happen. You leave a lingering guilt system that results in many women who are survivors of sexual assault thinking, “Maybe if I hadn’t …, I wouldn’t have been sexually assaulted.”

If the criminal had not used sexual contact as a weapon on the woman, then the woman wouldn’t have been sexually assaulted. Only one person made the wrong choice – the criminal.

You can disagree with almost any action a person takes and still realize, “Whether I dislike everything that person does or not, he/she is a human being who deserves dignity and respect.”

What would be the greatest lesson we can teach everyone to help stop the assailant? Have EVERYONE know how and be wiling to intervene when they hear and/or see someone being disrespected, degraded, or being potentially setup by a criminal.

As a country, we have a track record of being able to shift our priorities to make intervening the norm. Over the last three decades, our society made a huge shift in no longer allowing people to drive drunk. Nowadays, you are raised to take the keys away from a drunk driver. That lesson was not taught and/or followed by very many people prior to the 1980s. In the early 1980s, the media, our government, educational institutions, and the entertainment industry all made “stopping drunk driving” a priority. Within a decade, our country saw a massive shift in how drunk driving was viewed and treated.

What if we did the same for sexual violence, including sexual assault? When you hear someone sexually degrading or disrespecting another person, you step in. Everyone does. Suddenly, the focus is where the focus should be – on the assailant – and not on the person the assailant is trying to do harm against.

What if no one laughed nor supported the comments blaming or sexually degrading the survivor? Instead, what if everyone spoke out against such statements? You’d see more people realizing they shouldn’t be sexually degrading any person.

You could wear whatever you want to wear without being in fear. Why? Because everyone would understand that what you wear does not give anyone the right to degrade you or harm you.

You could go out to have fun without living in fear. Why? Because everyone else who is out having fun would notice the individuals trying to do harm and step in to stop those people.

We would be living in a country where dignity and respect was the norm – for all genders.