Would someone who attempted murder get to stay on your campus? Survivors DESERVE Justice. 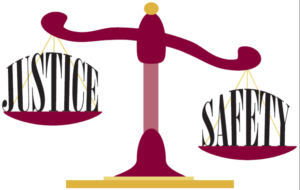 Have you read the article titled “Rape at colleges; Victims challenge policies favoring attackers” by Katy Murphy? Did you know that on some campuses perpetrators of sexual assault (found guilty in the campus judicial process) are only given “probation” and thus are able to STAY on campus and continue his/her education?

In addition to Katy’s article, we have heard from survivors around the country who share stories of their campuses failing to provide justice – including when the perpetrator was found guilty.

Campuses who have the proper training provide BOTH options to survivors: working with the local authorities AND the campus judiciary board.

In almost all such felony cases, the local authorities would be called in instantly, especially for the safety of their students.

If a survivor CHOOSES not to go forward with a criminal case, that is the right of the survivor. At least give the survivor that option.

Even when judicial boards find students guilty of committing a sexual assault, the consequences on some campuses can be as minor as “probation” or even being given a warning.

Imagine being a sexual assault survivor hearing that the attacker was found guilty by the judicial board and put on “probation” – allowed to stay on campus and continue his/her education.

In such cases, one could argue the campus just sent the following message to the perpetrator, “Committing ONE sexual assault is a mistake that can happen. Don’t sexually assault another person or THEN you’re going to face several consequences.”

HORRIFYING for a survivor! Horrifying for everyone.

Ask your campus what their sexual assault policies are for HANDLING a sexual assault case. If you see a policy that protects perpetrators from facing the consequences of committing a felony crime, speak up to your Dean of Students. Help create positive change on your campus.

If you feel you are not being heard by your campus, a great place to start is the Cleary Center (www.clerycenter.org). If needed, be willing to  call and email local media to bring more attention to your concerns.

YOU have a voice! Please support protecting the voice of survivors.

President Obama has called for the creation of the White House Task Force to Protect Students from Sexual Assault. Contact the task force and encourage them to find ways for survivors on campus to be more protected, be provided justice, and for a supportive culture to be built that encourages survivors coming forward.

Every person deserves for each sexual experience to be consensual (wanted, free given, between 2 partners who are of sound mind and legal age).