Choosing to Stand Up by Courtney Kolb

*All names have been changed to protect individuals*

It was 2:50pm when I met Jenny and the school day was almost done. She stood before me looking timid and scared but purposeful at the same time. I had just presented to middle school students on sexual assault, consent, and standing up for the people around us. I had spoken about change and about how we can no longer allow evil to continue, that it was time to make a difference.

I found a room for Jenny and I to talk and I asked her what she had on her mind. Jenny shared with me the story of her friend Sarah. Sarah had been sexually assaulted on multiple different occasions by a high school student they both knew. Sarah had made Jenny promise that she would not tell anyone.

I explained to Jenny that I would have to talk to Sarah about the story that she had told me. I assured her that I would not let Sarah know that she had told me. Jenny looked me deeply in the eye and said, “I don’t care if you tell Sarah it was me. I know she made me promise not to tell, but the last thing I want is for Sarah not to be safe. No one deserves that. I would rather lose a friend because of doing the right thing than see a friend being hurt because I didn’t do anything.”

I was in awe of this sweet seventh grader. What a beautiful thing she had done for Sarah. Sarah was asked to come in and I talked with Sarah about the things that were happening in her life. At first she was quiet and gave a disappointing look to Jenny. Jenny encouraged her and said, “It’ ok. You can tell. You don’t have to be quiet.”

Survivors of sexual assault often feel silenced; many feel like they don’t have a voice. Many survivors, especially teens, will tell one person—perhaps a friend—and make them promise to not tell anyone. I have seen it happen multiple times in my time working with teens. Often people will take the secret to the grave. It is difficult to tell other’s secrets, especially when we are close to someone. That is what makes Jenny and Sarah’s story so incredible. Jenny risked a friendship to make sure Sarah knew that she had the right to feel safe and the right to have her voice heard.

Albert Einstein said, “The world is a dangerous place. Not because of those who do evil, but because of those who see evil and do nothing.” It was a beautiful thing that Jenny did for her friend Sarah that day. She saw the evil that was happening and refused to let it continue. The bravery of both of these girls is incredible. I hope that one day each and every one of us can be as brave as these girls and that we can see the evil that is happening and choose to do something about it. 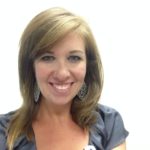 ASTOP Sexual Abuse Center serves individuals, families and communities
and helps them heal from the trauma of sexual assault in the Fond du Lac
and Green Lake communities.

In 2013 Courtney became a licensed presenter of “Can I Kiss You?”
for Middle and High School students.